Betaal took Vikram by surprise and landed hard on his back. “What was that?” exclaimed Vikram. “You have put on weight”.

Betaal looked sheepishly and grinned. “Vikram; instead of talking about my weight, can you instead tell me a story on wealth creation? Why is it that only a few are able to make serious wealth while others fail to do so?”

Vikram in his characteristic style smiled at Betaal’s attempt to divert the conversation away from his weight. But he always loved the challenge of explaining a concept.

“Ok Betaal my dear little ghost. Let me tell you a story that hopefully will save my head from getting crushed by your very heavy hands.

Two frogs accidentally fell into a bucket of milk when they were looking for some food. One of the frogs was fat. The other one skinny.

The walls of the bucket were slippery, and try hard as they might, they just couldn’t climb out of the bucket. Even as the thin frog kept swimming and kicking its legs trying to get out, his fat friend pointed to the futility of it all and said that they were going to drown.

Keep swimming, said the skinny frog. Maybe someone will get us out. The fat frog thought it nearly impossible. No point in trying. He soon got exhausted, stopped swimming, and drowned.

Meanwhile, the skinny frog kept the faith, kept paddling, hoping for a miracle. And soon he felt something solid under his feet. It seems that all that swimming and kicking had turned the milk into butter. So gradually the frog was able to climb on top of the butter and jump out of the bucket.

“Milk” turning into “butter” was was exactly like the Power of Compounding, which one sees in “investing”, where sustained effort in systematic investing leads to wealth creation, which provides a base to jump out of poverty and pain.

The idea is to “never give up” and “keep going”; because knowledge, hope, conviction, patience, and SIP are the ingredients that create wealth.

As you can see, none of the ingredients mentioned above require one to be wealthy to make wealth.

The Indian economy provides every Indian citizen with great opportunities in creating wealth. There are very few countries today with this potential; and over a period of a decade or two, even the India advantage will start waning.

Make wealth for yourself when the sun is still shining over this land of young consumers; a land of opportunities.”

Saying this Vikram turned to look at Betaal. Betaal was lost in his thoughts.

Vikram had to break his daydream and wake him into reality.

“Hey, Betaal did you go to sleep?

“No Vikram, I was immersed in your story. Thank you for explaining the virtues of being persistent. I hope you understand why I never spare and time to time catch you off guard with my story requests and my “crushing’ your head threat.”

Saying this Betaal bid goodbye to Vikram and vanished into thin air.

Vikram smiled and continued with his walk. 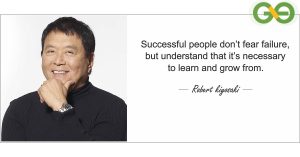 “Have a Mindset For Success” 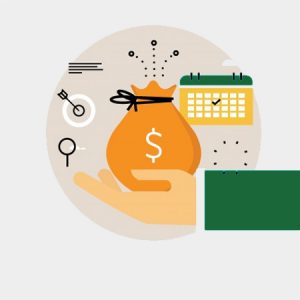 Why do you need financial planning?

Why do you need financial planning?

“Have a Mindset For Success”